Garnet and Diamond Bracelet in 14K 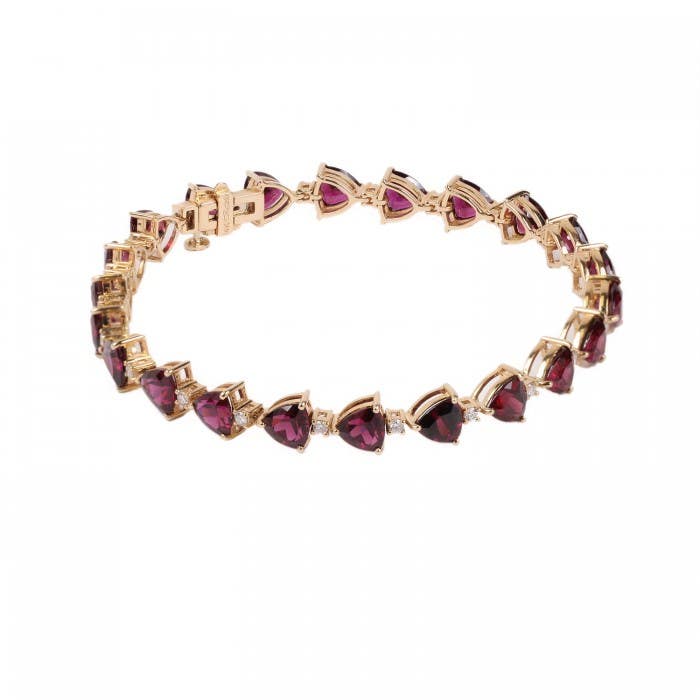