Sold
Garnet is named from the Latin for pomegranate, granatum, with its glossy red seeds. Bursting with fire and brilliance, garnets adorned the necks of Egypt’s pharaohs and were entombed with their mummified corpses for the afterlife. A stylish red garnet bead necklace found in a grave in Egypt is 5,800 years old. Legend says garnet is the traveler's gem which protects you when you are far from home. Garnet is the birthstone for January, the zodiac gem for Aquarius, and the gem for the second anniversary. Wear garnet to make life’s journey more beautiful.Rose gold, sometimes also called pink gold or red gold, has a softer, pinker color than yellow gold. 14K rose gold contains more copper than 14K yellow gold, which gives it its delicate blush tone. But it contains just as much pure gold content, 58.5%, as 14K yellow gold does. Rose gold symbolizes love. Its peach hue is a beautiful complement to gemstones.Since 1979, Effy Hematian has been designing some of the world’s most distinctive jewelry. Every design begins with a vision which takes shape in a hand sketch. As a professionally trained engineer, Effy has a passion for exquisite workmanship that is evident in the exceptional quality of each piece of Effy jewelry. The quality is so remarkable, Effy stands behind it with a limited lifetime warranty. Wearing jewelry by Effy, it’s you that sparkles. 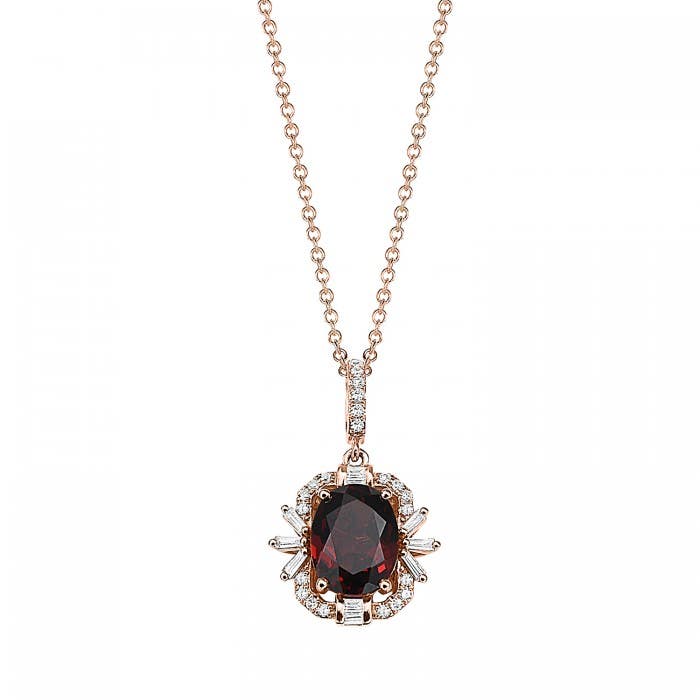