In ancient times, it was believed that transparent colorless quartz, known as rock crystal, was a form of permanent ice. The word “crystal” comes from kristallos, the Ancient Greek word for ice. Colorless quartz, or rock crystal, has long been cherished for its clarity. Some people have long believed that gazing into a large round crystal ball gave clairvoyants an ability to “see” the future. With a beautiful range of colors, Crystalline quartz gems include amethyst, citrine, prasiolite, rose quartz, smoky quartz and rutilated quartz, also called “hair of Venus,” for its beautiful golden needles of rutile inclusions, no two alike. Translucent quartz gems include onyx, carnelian and agate.With a warm sunny glow, 14k gold is the standard for fine jewelry, valued in every culture for its beauty as well as its long history as a store of wealth and a symbol of success. Gold doesn’t tarnish, rust or corrode. Pure 24K gold is alloyed with other metals, including silver, copper and zinc, to make it more durable. 14K yellow gold, 58.5% gold, is the most popular alloy in the United States because it holds gems securely and resists wear and scratching. Your gold jewelry will shine for generations.Cirari finely crafts jewelry with exquisite style and a rainbow of colorful gems. You can admire Cirari Couture jewelry on the red carpet worn by stars like Jennifer Lopez, Gwen Stefani, Kristin Cavallari, Eve, Andra Day, Jessie J, and Allison Janney. Whether it’s an elaborate Hollywood statement jewel or a simple pendant you wear every day, Cirari’s exceptional craftsmanship shines through. 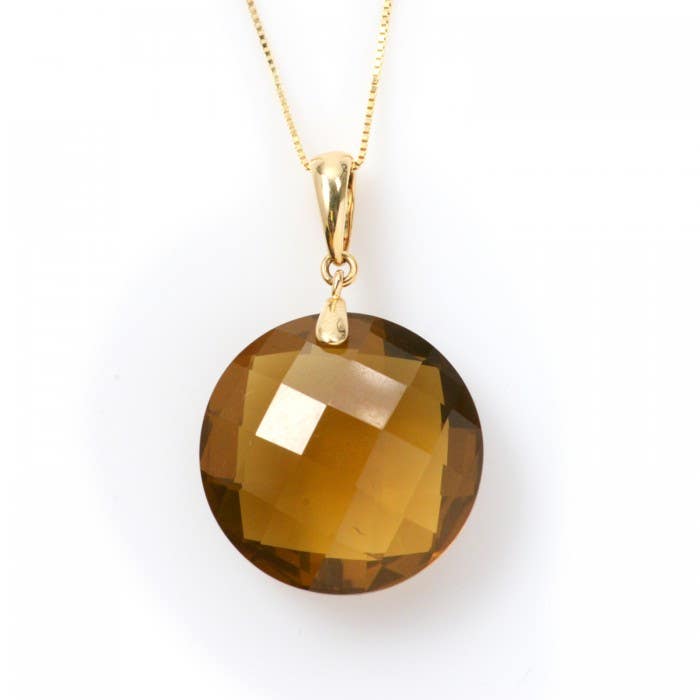