With its bright juicy color, mandarin garnet is a glowing orange variety of spessartite garnet. First discovered in remote Namibia in 1991, mandarin garnet has a clear bright hue without any brown, much more saturated in hue than more common garnet shades. The unusual color, which has been compared to Fanta soda, is due to manganese, which also gives it more brilliance and a higher refractive index than other types of garnet. Wearing the cheerful orange of mandarin garnet will brighten every day.Rose gold, sometimes also called pink gold or red gold, has a softer, pinker color than yellow gold. 14K rose gold contains more copper than 14K yellow gold, which gives it its delicate blush tone. But it contains just as much pure gold content, 58.5%, as 14K yellow gold does. Rose gold symbolizes love. Its peach hue is a beautiful complement to gemstones. 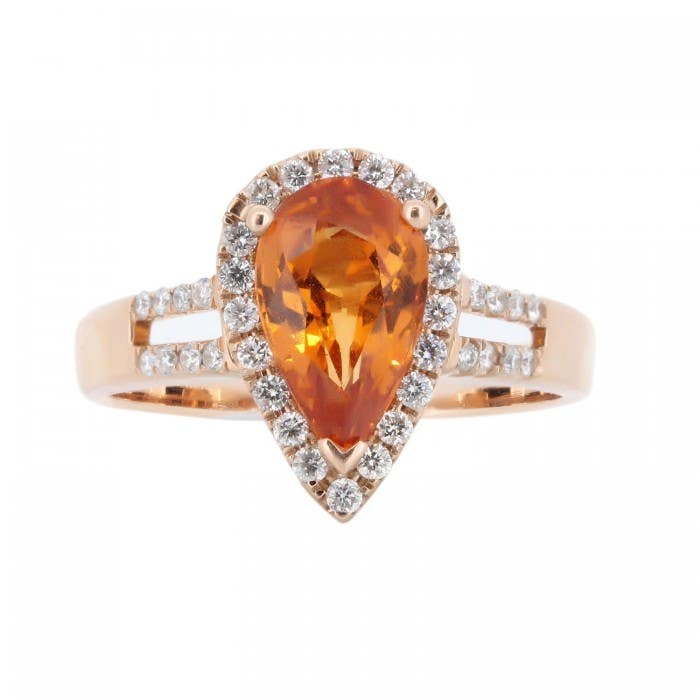