120.00 ctw Purple Garnet Faceted Bead Strand With 14k White Gold Fish Hook Clasp Length 18Garnet is named from the Latin for pomegranate, granatum, with its glossy red seeds. Bursting with fire and brilliance, garnets adorned the necks of Egypt’s pharaohs and were entombed with their mummified corpses for the afterlife. A stylish red garnet bead necklace found in a grave in Egypt is 5,800 years old. Legend says garnet is the traveler's gem which protects you when you are far from home. Garnet is the birthstone for January, the zodiac gem for Aquarius, and the gem for the second anniversary. Wear garnet to make life’s journey more beautiful. Always among the first to debut exciting gems from new mines around the world, Prima Gems travels the world in search of the exceptional. From Kenya and Tanzania to Malawi, Madagascar, Mozambique, Congo, Ethiopia, Namibia, and Zimbabwe, the company specializes in rare and exotic gems, cutting all colors, sizes, and shapes from melee to 100-carat carvings. Prima Gems will help you uncover your next gem discovery. 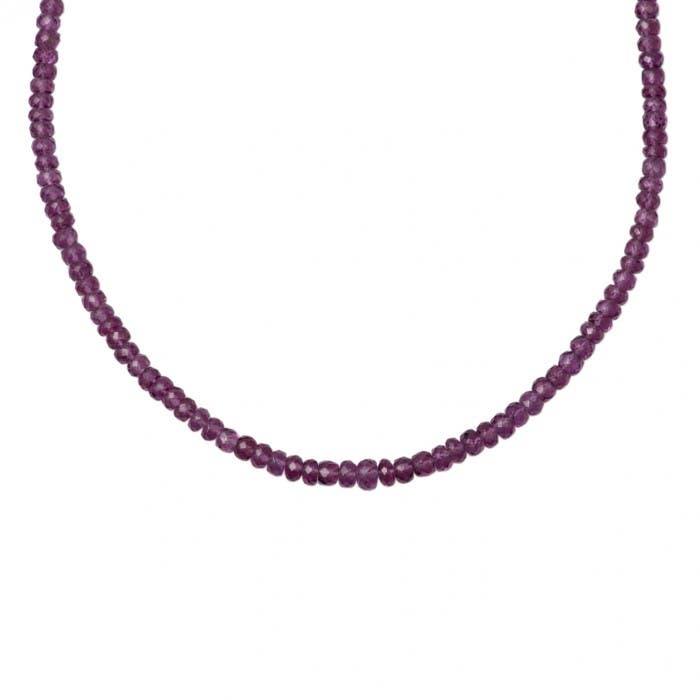