Zircon and Diamond Ring in 14K

Zircon's fire, brilliance, and beauty can rival any gem. Once considered a diamond alternative, today we know that natural zircons are in fact the most ancient materials on Earth, holding within their brilliant depths a time capsule of our planet's birth. A tiny fragment of zircon discovered in western Australia is the oldest known object on earth: 4.404 billion years old, just 150 million years younger than Earth itself. An even older example was found in a large meteorite in Chile. The oldest thing scientists have ever examined is a zircon crystal from a meteorite in Chile that formed at least 4.6 billion years ago in the swirling disk of dust and rocks that became the planets.With a warm sunny glow, 14K gold is the standard for fine jewelry, valued in every culture for its beauty as well as its long history as a store of wealth and a symbol of success. Gold doesn’t tarnish, rust, or corrode. Pure 24K gold is alloyed with other metals, including silver, copper, and zinc, to make it more durable. 14K yellow gold, 58.5% gold, is the most popular alloy in the United States because it holds gems securely and resists wear and scratching. Your gold jewelry will shine for generations.Ben Kho is one of the most talented gemstone cutters in the world. By carefully positioning each facet, he sculpts light into brilliance. After mining rubies and sapphires in Cambodia as a teenager, he fell in love with the fascinating process of transforming rough into sparkling gems. Collectors from around the world commission Ben to create one-of-a-kind treasures. He has received 26 prestigious Cutting Edge Awards from the American Gem Trade Association. Wear Ben Kho jewelry for a cut above. 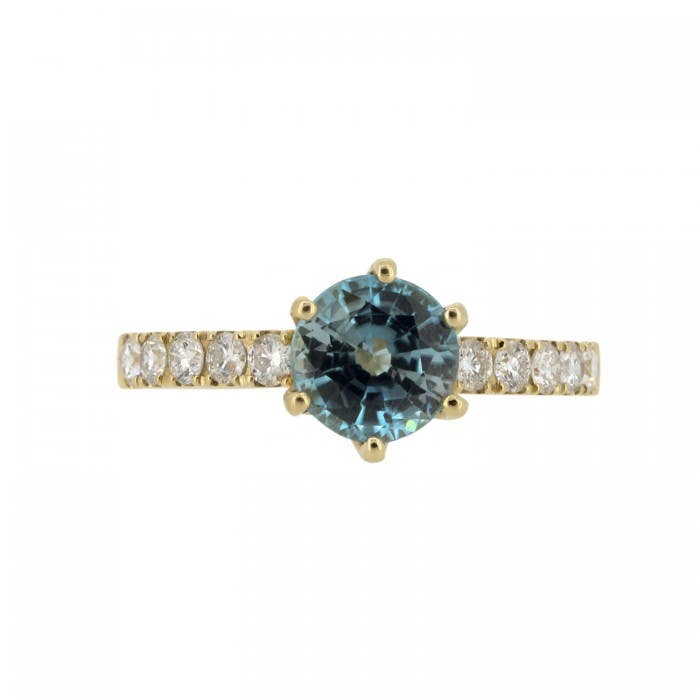