Sold
Rhodolite garnet, with its lovely purplish pink color got its name in 1898 when these rhododendron-color garnets were discovered in North Carolina. Like rhododendron, the name comes from the Greek word rhodon, which means “rose colored.” A unique blend of pyrope and almandine garnets with a rosy blossom shade, rhodolite is sometimes overlooked by people who think of garnet only as small dark red gems. Like other shades of garnet, this brilliant deep pink gem is the birthstone for January.Rose gold, sometimes also called pink gold or red gold, has a softer, pinker color than yellow gold. 14K rose gold contains more copper than 14K yellow gold, which gives it its delicate blush tone. But it contains just as much pure gold content, 58.5%, as 14K yellow gold does. Rose gold symbolizes love. Its peach hue is a beautiful complement to gemstones.Cirari finely crafts jewelry with exquisite style and a rainbow of colorful gems. You can admire Cirari Couture jewelry on the red carpet worn by stars like Jennifer Lopez, Gwen Stefani, Kristin Cavallari, Eve, Andra Day, Jessie J, and Allison Janney. Whether it’s an elaborate Hollywood statement jewel or a simple pendant you wear every day, Cirari’s exceptional craftsmanship shines through. 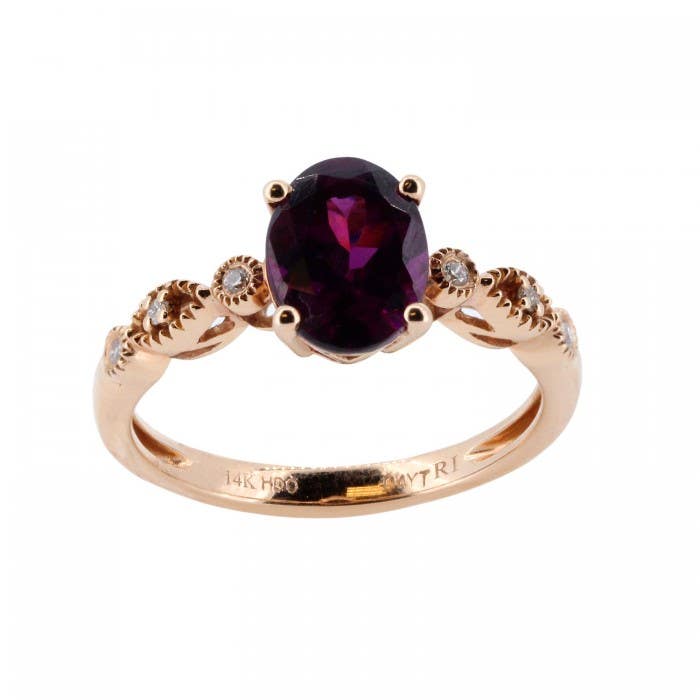