Garnet is named from the Latin for pomegranate, granatum, with its glossy red seeds. Bursting with fire and brilliance, garnets adorned the necks of Egypt’s pharaohs and were entombed with their mummified corpses for the afterlife. A stylish red garnet bead necklace found in a grave in Egypt is 5,800 years old. Legend says garnet is the traveler's gem which protects you when you are far from home. Garnet is the birthstone for January, the zodiac gem for Capricorn and Aquarius, and the gem for the second anniversary. Wear garnet to make life’s journey more beautiful.14K white gold is the most popular white precious jewelry metal. Its pale glow is the perfect setting for cool-toned gems. Since gold is naturally golden yellow in color, to make 14K white gold, 58.5% gold is alloyed with white metals, usually silver, zinc, palladium, or nickel. These metals also improve the hardness, durability, and affordability of white gold jewelry, since pure gold scratches fairly easily. To get that bright shine, most white gold jewelry is also plated with rhodium, a platinum group metal.Cirari finely crafts jewelry with exquisite style and a rainbow of colorful gems. You can admire Cirari Couture jewelry on the red carpet worn by stars like Jennifer Lopez, Gwen Stefani, Kristin Cavallari, Eve, Andra Day, Jessie J, and Allison Janney. Whether it’s an elaborate Hollywood statement jewel or a simple pendant you wear every day, Cirari’s exceptional craftsmanship shines through. 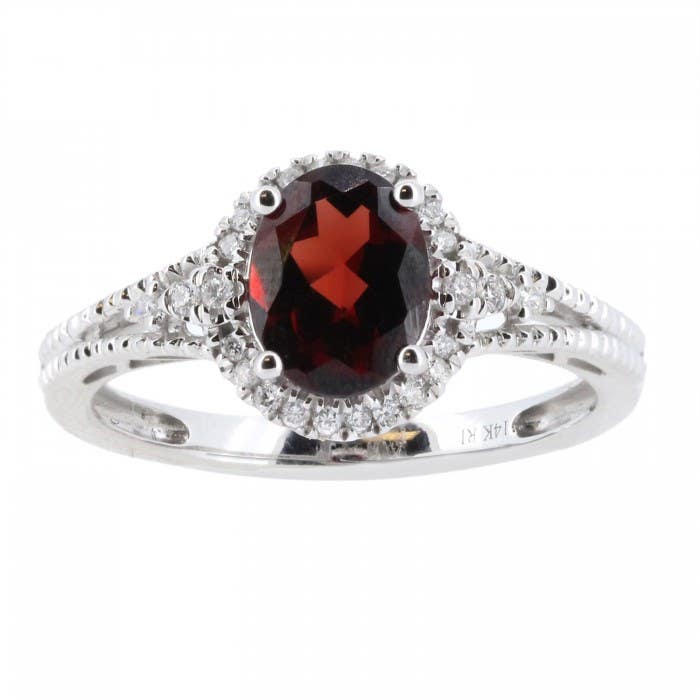