Like you, opal is one of a kind: a natural artwork with a unique pattern of rainbow flashes of color unlike any other. Most mesmerizing in motion, opal is fascinating to watch, as the color plays and shifts in its depths. The Maya and Aztecs called opal “bird of paradise stone”. This gem was long thought to have magical powers, from protecting blonde hair from losing its color to enhancing eyesight. Opal's play of color is created by internal diffraction: tiny silica spheres in grids break up the light into spectral colors, much like the tiny grooves on CDs that shimmer with iridescence. Because opals are as individual as a fingerprint, they also make a romantic gift. Napoleon gave Josephine a beautiful opal with brilliant red flashes called "The Burning of Troy". Opal is the gem of the 14th anniversary.Cirari finely crafts jewelry with exquisite style and a rainbow of colorful gems. You can admire Cirari Couture jewelry on the red carpet worn by stars like Jennifer Lopez, Gwen Stefani, Kristin Cavallari, Eve, Andra Day, Jessie J, and Allison Janney. Whether it’s an elaborate Hollywood statement jewel or a simple pendant you wear every day, Cirari’s exceptional craftsmanship shines through. 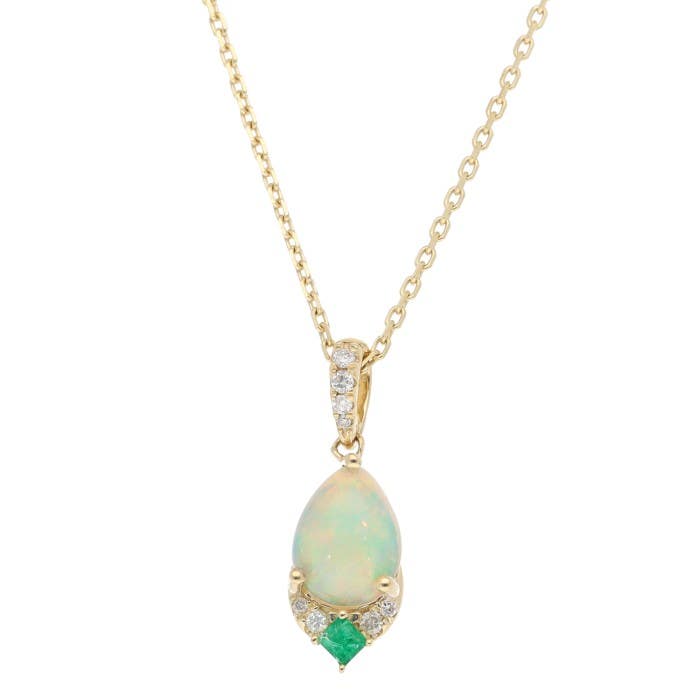